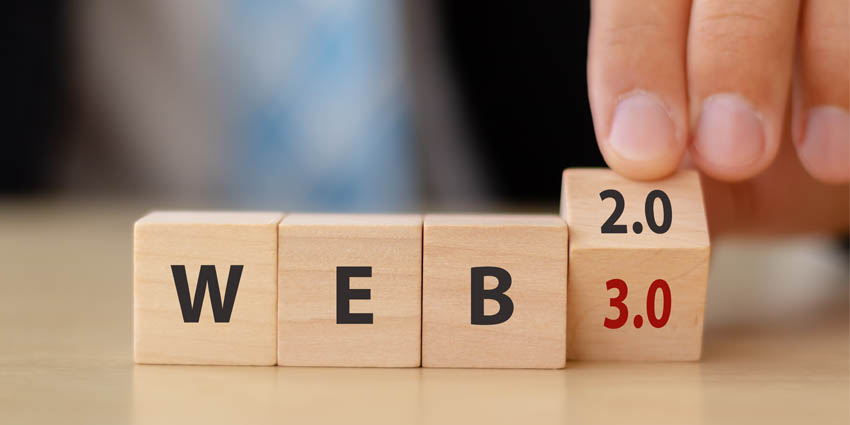 What Is Web 3.0 And What You Should Now About It

What is Web 3? When will it be released? What impact does it have on everyone? In this article, we are trying to help you make sense of everything that's going on in your thoughts. This blog covers everything there is to know about Web 3.0, including its definition, features, why we need it, and the problems it will answer.

We're still using Web 2.0 and plan to keep doing so for a while. However, with the advancements in NFTs and cryptocurrencies, we are on the verge of a new internet era.

Currently, third-party organizations possess all of the data on the internet. Any tweets you make on Twitter, for example, are owned by the corporation. They have access to it, can change it, and can erase it (as seen by Trump's tweets being deleted due to racist content.)

Web 3 is a new and enhanced version of Web 2.0 that intends to make the internet more open source. It will allow the community to own all of the data - photos, GIFs, reels, and music. Hacking, data leaks, and censorship will be reduced as a result.

In its most basic form, Web 3.0 refers to the internet's third edition or iteration. It is a set of philosophies and principles that allows consumers and creators to access data on the internet. Decentralization, openness, and user usefulness are three key themes driving the third generation of the web.

Let's have a look at the defining aspects of Web 3.0 to better comprehend it.

This is Web 3.0's most important feature. The internet as a whole will be decentralized.

All databases and apps are now housed on centralized servers. The Facebook app and all of its data are stored on the Facebook central server, which is owned by a single company.

Web 3.0, on the other hand, will host apps on blockchains and decentralized data networks. That implies you can run a web app on your own decentralized network and have it work perfectly.

Decentralized apps, or dApps, are apps that are hosted on peer-to-peer networks or servers. There will be no single body in charge of deciding who has access to the apps or the data they contain.

Web 3.0 is heavily reliant on blockchain technology. Blockchain is being used by developers to establish open and transparent data storage, ushering in the third generation of the internet.

All data exchanges and transactions will be secure and transparent thanks to blockchain. Each machine (PC) in the decentralized networks will have a copy of the data store.

As a result, everyone on the network will be able to view and alter the information. There is no need for a central intermediary who will allow data access. No single organization will be able to impede data or display a bias towards any user. The network secures all data and makes it available to everyone without requiring any permissions.

Web 3.0 will be more interconnected and pervasive. That is to say, the internet will be everywhere. People will be continually linked and available to the internet thanks to smart devices. With the Internet of Things (IoT) bringing us smartwatches and self-driving cars, this is already a possibility. Web 3.0, on the other hand, aims to connect everyone in the world, regardless of software or hardware limits.

As previously said, decentralization is the main aspect of Web 3.0. The following changes will be required with Web 3:

Data will be indestructible and traceable

As a result, the data is essentially unbreakable. Even if someone tries to delete or modify the data, the other copies will remain.

This eliminates the two most serious flaws with the internet today: surveillance and censorship.

The concept of NFTs comes into play here. Non-fungible tokens, or NFTs, are non-replaceable tokens. They can represent any type of digital material, including videos, memes, gifs, music, and drawings.

The digital data, as well as the ownership details, are stored in the NFT. So, while individuals can download and reuse that meme hundreds of times, the original artist (or the one who purchases the NFT) will be the exclusive proprietor. They might even receive a cut of the earnings each time the art is downloaded or shared.

Because all records are visible and easily available, blockchain will simplify ownership control.

Web 3 enables the emergence of cooperative governance models for formerly centralized products. A meme, a piece of art, a person's social media activity, or tickets to Gary Vee's conferences can all be tokenized.

The gaming business is an excellent illustration of a paradigm shift. Gamers complain incessantly about the bugs that developers leave in their favorite video game, or about how the latest patch has thrown off the balance of their favorite weapon. Web 3 allows players to invest in the game and vote on how it should be run. Large Web 2 firms, such as Meta and Ubisoft, are developing virtual worlds that are partially powered by Web 3. Non-fungible tokens (NFT) will also play a significant part in altering the gaming business by enabling users to become the immutable owners of the stuff they accumulate.

The main benefits of Web 3.0

Following are some of the potential benefits of Web 3.0:

It will truly be for anyone and everyone.

Web 3.0 does not need to be controlled by a single organization. Larger corporations may no longer have complete control over the internet. As a result, decentralized programs, or dApps, cannot be banned or limited in any way.

It is anticipated to be more reliable.

Web 3.0 will allow producers and users more flexibility in general. Web 3.0 will ensure that its users always have control over their online data by utilizing decentralized networks. The next version of the internet is also predicted to be more reliable due to its decentralized design, which eliminates the possibility of a single point of failure.

Sellers can recognize your purchasing demands and display you products and services that you are interested in purchasing with the help of Web 3.0's artificial intelligence. This allows you to see better and more relevant adverts that are more likely to be valuable to you.

Because all data would be kept on distributed nodes as a result of decentralization, users will not have to worry about account suspensions or service disruptions due to technical or other causes.

Cryptocurrencies are only the beginning of the web's transformation. Web 3.0 will deliver a more equitable and accessible internet to people through dApps and other new technologies.